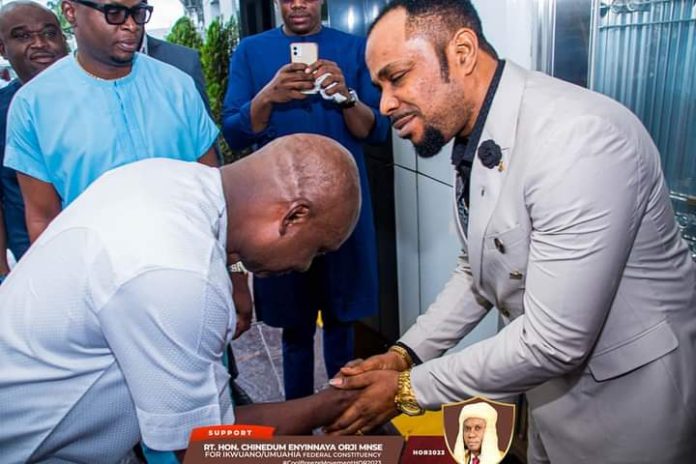 The Speaker of Abia State House of Assembly, Rt Hon Chinedum Enyinnaya Orji today worshipped at Power World Ministries Umuahia. The Speaker joined in celebrating with the family of Hon Humphrey Benson, Chairman of Umuahia South LGA, who dedicated his infant at the church.

Welcoming the Speaker to the service, Founder/Senior Pastor of the Ministry, Rev Dr Uche Ume described him as a friend of the church who has been of immense help to the youths. He thanked him and his entourage for coming to celebrate with them.

While delivering his sermon, the Pastor who took his lead reading from Luke 18:1 admonished on the need for believers to be and remain prayerful as there are powers contending with one in life which one cannot prevail against except through prayers. He concluded his exhortation with prayers.

In his response to the Pastor’s welcome address, the Speaker thanked Rev Dr Uche Ume for his kind words and extolled him as a man of God filled with the Word, concise and not given to frivolities.

He appreciated him for doing well in his calling saying it was time for him to expand to Abuja and Lagos as people, especially the youths in those cities are in dire need of mentors like him.

The Speaker said he will soon fulfill a car promise he made recently to a member of the church.

Impressed by the voice and the spirit-filled rendition of one of the lead singers in the church, Master Akachi, the Speaker beckoned on him and asked him what he does, the young man responded by saying that he is a 3rd year student of Ebonyi State University. At that point, the Speaker promised to take care of the rest of his studies including his clearance at the University. To this effect, he annoumced a cheque with a very impressive sum that sent the entire church rocking to its foundations saying he was going to hand same to the Pastor for the young man’s use. Intuitively, the young man broke down in tears and went down on his knees in appreciation to God.

In addition, the Speaker said he was willing to sponsor the lead singer on training to further enhance his voice for greater use in ministry. He requested the Pastor to make the arrangements and revert to him for immediate commencement of action.

He further committed to donating a vehicle to the ministry any time the ministry’s branch is opened in Abuja and that he will be a regular worshipper at the church in the nation’s capital when the time comes.

Addressing members of the church present, Rt Hon Chinedum Enyinnaya Orji advised them to always follow the admonitions of their Pastor because of his sound teachings which he said he finds highly exhorting any time he is privileged to listen to him. Elucidating on the word for the day, Rt Hon Chinedum Enyinnaya Orji emphasised that prayer is an effective weapon for the Christian but that without good deeds, it becomes ineffective. He therefore urged all to always show love to one another especially the less privileged.

Concluding, the Speaker thanked Rev Uche Ume for his prayers and for his dedication to the youths many of whom he has mentored to greatness saying the youths have remained the centre of his own concern over the years. 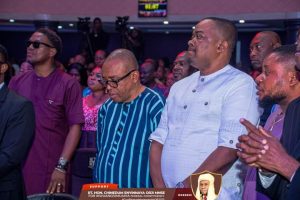 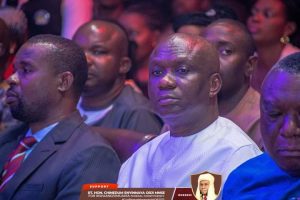 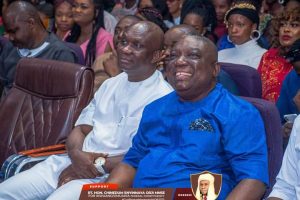 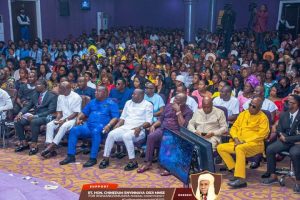 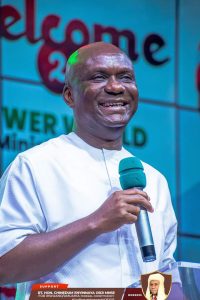 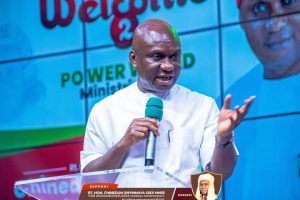 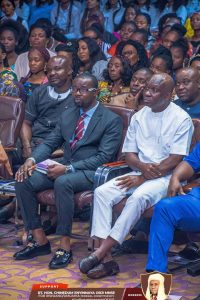 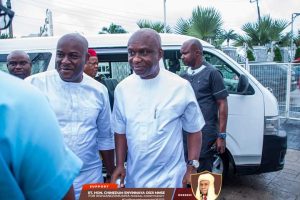 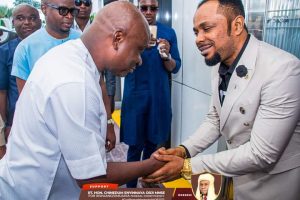 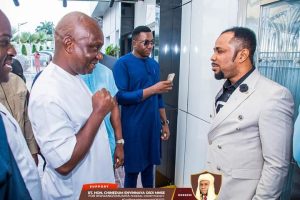 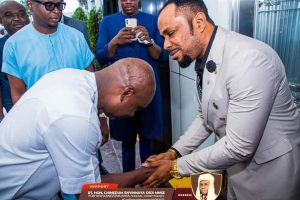