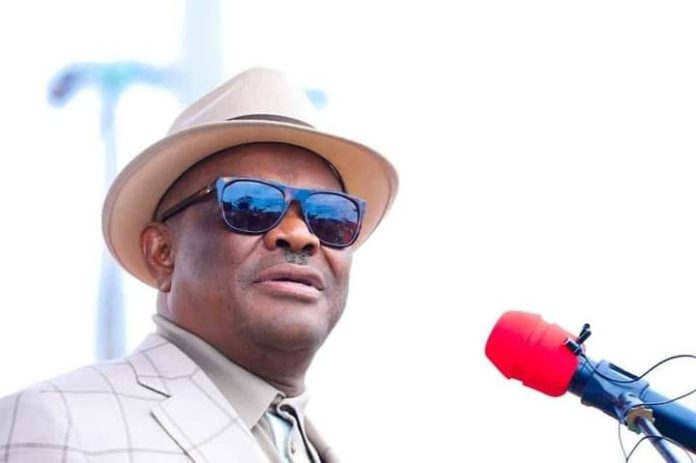 Alhaji Ibrahim Masari, a close associate of Tinubu and placeholder before the choice of Senator Kashim Shettima as Vice Presidential candidate of the APC yesterday, confirmed talks between presidential candidate of the All Progressives Congress, APC, Senator Bola Tinubu, and Governor Nyesom Wike of Rivers State, saying the latter has agreed to work for the success of the former in 2023.

Alhaji Masari, who spoke from London, told the BBC Hausa, yesterday, that Tinubu met Wike, adding that they would continue to meet in due course.

His words: “The meeting was basically on the 2023 presidential election and by God’s grace, we are going to work with Governor Nyesom Wike; he will assist and we are going to win the election with ease, by the will of God.”

“This is because Wike is a big politician, a governor and he has control in some other states, apart from his state. He is good to the people and has associated with his people peacefully. By the grace of God, he will be of help to us.”

Asked if the new political romance will last as Atiku’s camp is still trying to pacify Wike, Masari said: “Well, only God knows what will happen next. But from what we are seeing now, what has transpired is that we are going to work with Wike and he will be useful to us.

“If you could remember, it was APC that caused the failure of APC in Bauchi, it was members of the party that led to the defeat of the governor from their party. The same thing happened in Adamawa State. So, what I want people to understand is that someone can still assist you, even without joining your party if he wants to.

“Furthermore, with the widespread acceptance of Bola Tinubu to Nigerians, I can assure you, by the will of God, he is going to win the election, with or without help. But there is this Hausa adage which says even if you’re beautiful, you should add to it by taking a bath. So, it’s not only about Wike, we are also talking with many other governors,” he said.

Masari said their political alliance with Wike will not make the likes of former Transport Minister, Mr Rotimi Amaechi and other APC members in Rivers State feel sidelined.

The APC chieftain said: “Nobody will do anything that will hurt Rotimi Amaechi; he is a party member and a formidable member of the APC.”

Nigeria Customs Intercept 40 Drums of Ethanol, Fake Currency, Others In...