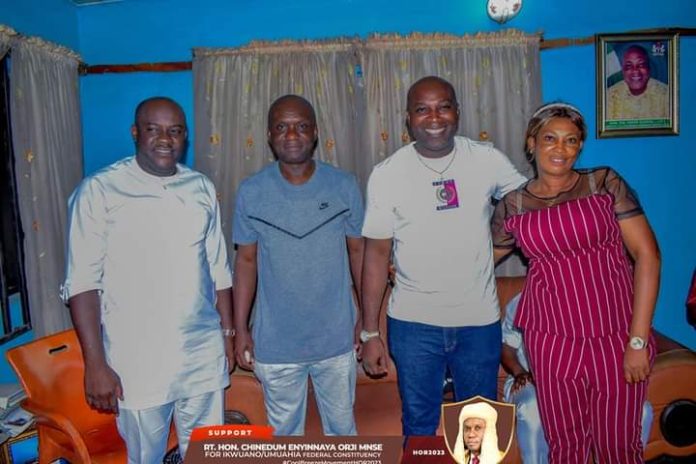 Chief Maduakolam Philiip Odimba, the village chairman and President General of Ezeleke Community welcomed the Speaker on behalf of the people.

The host, Chief Sir Ebere Ezekiel appreciated the Speaker for his visit, prayed for him during the breaking of kolanuts and urged him to always remember Umuopara people as he goes to the Green Chamber in Abuja.

Speaking, Hon Max Ndukwe Adindu expressed gratitude to the Speaker for coming to visit the host and said the Speaker is a very popular figure whose visit, even if unannounced, will always be heralded by a multitude of the people. He thanked him for visiting Chief Ezekiel who he described as “our elder brother” and said they were proud of the Speaker as their in-law at Umuopara.

On his part, the DG of the Speaker’s campaign council, Pastor Emeka Inyama said it was amazing that despite the fact that the visit was a private one, the people still turned out in their numbers to welcome Rt Hon Chinedum Enyinnaya Orji. He described him as a man overwhelmingly loved by the people.

In his response, the Speaker described the host as a man who has been in a very good relationship with his father over the years, and said he had no choice but to come on the visit because of the host “who is a very well respected man in the community”.

He urged the youths to always show respect to their elders and always resist the temptation of trying to disrespectfully confront their elders in public but always try to interact with them respectfully in private and find solutions together to whatever challenges they may be facing.

The Speaker said he will not be instigated by anyone to either go against the elders or the youths. He further called on the host’s children to ensure they keep taking care of their father to help him live even longer. He prayed God to bless them as they do so.

Speaking on the Memorial Service, Rt Hon Chinedum Enyinnaya Orji said the death of a wife/mother will always be painful and said though it’s four years after, it’s still fitting to console Chief Ezekiel, the family and community over the demise of Lady Felicia Ogadinma Ezekiel. He prayed God to keep resting the soul of the departed.

The Speaker thereafter extolled the virtues of Hon Jerry Uzosike who is also from Umuopara and described him as a trusted friend, colleague and political allly.

In his response, Chief Ebere Ezekiel extolled the virtues of the Speaker and described him as a highly respectful leader who deserves to be supported in all his endeavours. He expressed his happiness that Rt Hon Chinedum Enyinnaya Orji came on the visit and prayed that the Speaker emerges victorious in his political ambition. He stressed that people love him so much and that they have promised and assured him that they will support him.

He thereafter requested the Speaker to assist the community in the completion of their hall and help in applying palliative measures on their road. He thanked all those that came to join him to welcome the Speaker.

On his part, Princewill Okezie Ezekiel, son of Chief Ebere Ezekiel also thanked the Speaker for coming and promised to give the Speaker total support in his endeavours.

Addressing the people who had thronged the premises of the host, he told them his purpose for coming and thanked them for turning out en masse to welcome him. 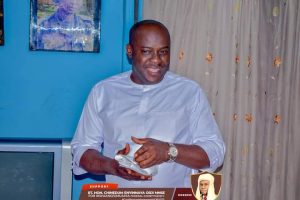 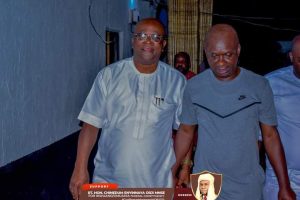 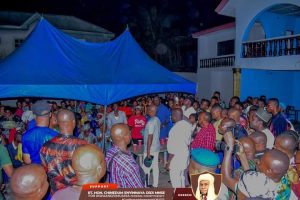 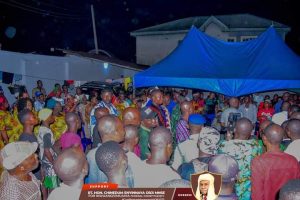 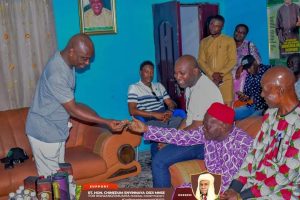 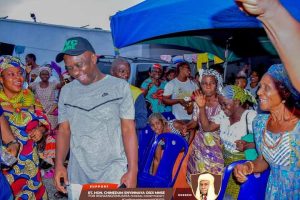 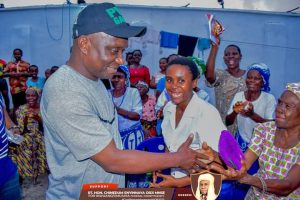 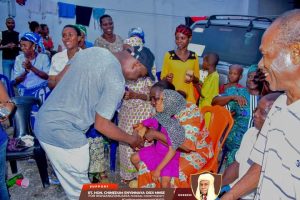 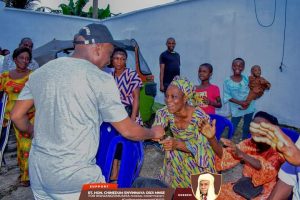 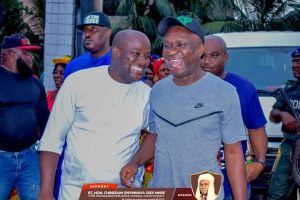 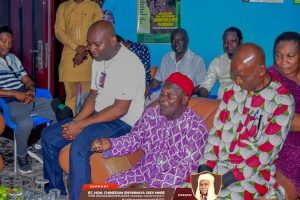 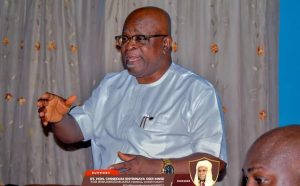 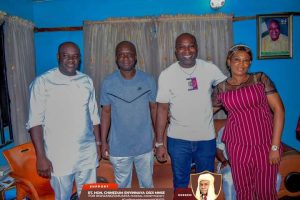 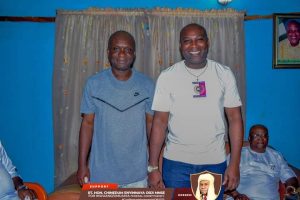 Adesina Sworn In As AFDB President