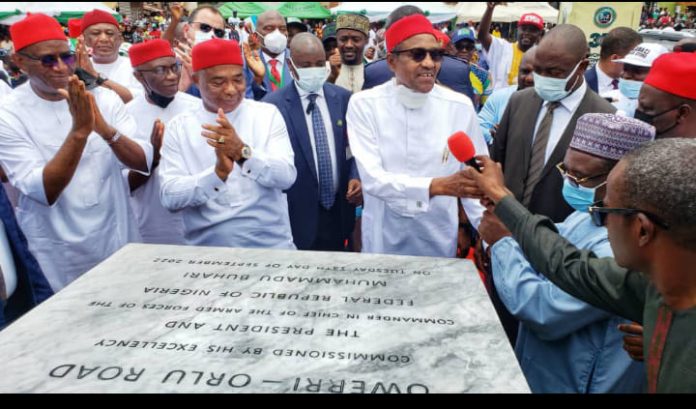 The president was received at the airport by officials of the State government comprising men in red caps and white outfits.

It was reported that Buhari, during his visit, would commission the dualised Owerri-Orlu Road Phase I of Owerri-Okigwe road and the rebuilt ultra-modern Imo State House of Assembly Complex.

The visit is coming despite the sit-at-home order earlier declared by the proscribed Indigenous People of Biafra, IPOB.

Recall that IPOB had, at the weekend, declared Tuesday a day to observe sit-at-home in all parts of the Southeast, tagging the exercise a day of civil action.