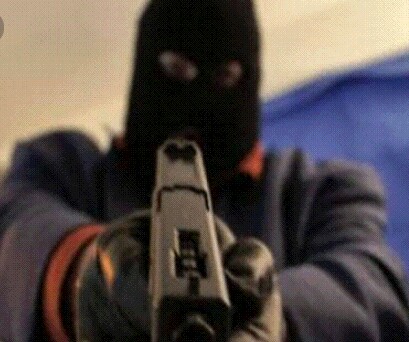 On Sunday two persons have been killed, while three others were injured as unknown gunmen attacked a Celestial Church located in Felele, Lokoja, Kogi State.

It was gathered that the incident happened late Sunday evening behind NNPC Mega station in Felele.

An eyewitness told our correspondent that the gunmen stormed the church and started shooting sporadically.

It was further learnt that two people died instantly, while several others scampered for safety.

An eyewitness said, “when they entered, they started shooting at every one outside the church. I now went and hid inside a cassava farm. What I saw yesterday was like an action film in a movie. Kogi is no longer safe”

According to him, hoodlums invaded the Church and started shooting at worshippers.

“It was a distress call that the Divisional Police Officer of B Division Felele received that hoodlums invaded a Celestial Church behind NNPC mega station and they began shooting.

“Two people were confirmed dead in the hospital, while three are receiving treatment.

PDP crisis: We’ll not back down until Ayu resigns – Wike vows

2023: Nigeria fate lies in hands of our politicians – Abdulsalami...

2023: Apostle Okikijesu releases prophesies about Buhari, say ‘He’s not the...