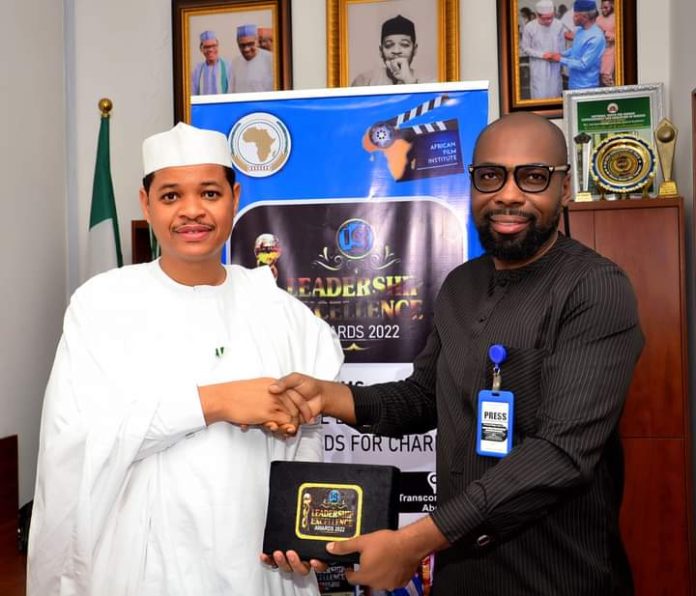 MC Tagwaye, whose real name is Obinna Simon will thrill audience when the awards will be presented to him and other eminent Nigerians who have performed very well in different sectors on 5th November, 2022 at the Congress Hall, Transcorp Hilton, Abuja in a glamorous ceremony organised by IgbereTV, Africa’s foremost community TV.

His resemblance with President Buhari and coupled with his capability to mimic the president’s speech and mannerisms, gave him an edge in the comedy industry.

MC Tagwaye, a native of Anambra State, was born and raised in Kastina State.

IgbereTV media crew led by the Executive Director, Emeh James Anyalekwa visited the famous comedian to formally inform him of the nomination and victory in the online poll.

During the visit, the team also conducted awardee post-profiling, photo session and presentation of his Table reservation for the event.

Naira sells at N358.5 to dollar at parallel market