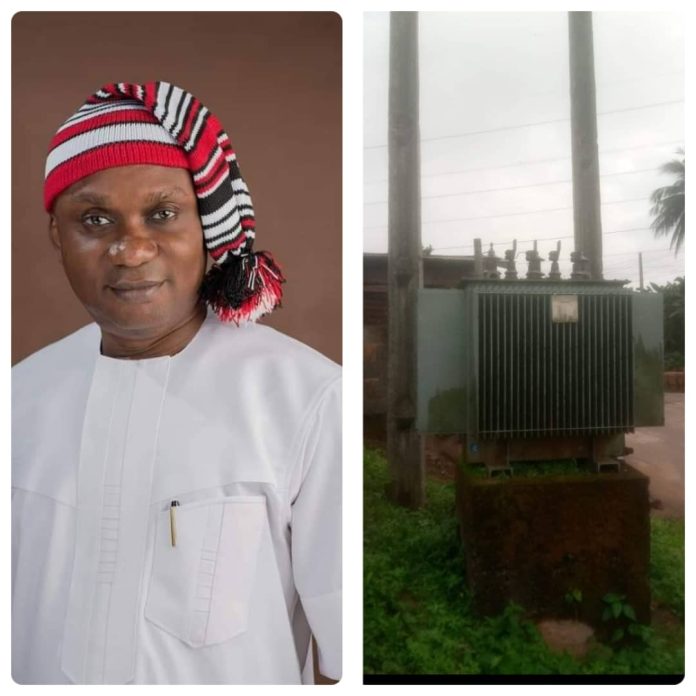 In his appreciation message to the Speaker, an indigene of the community, Mr Innocent Ndukauba, while taking to his Facebook page said every arrangement has been concluded for the community to start enjoying the use of the transformer.

While thanking the Speaker for his kind gesture, Ndukauba said the people of Umuguru Ipupe have collectively pledged their votes to the Speaker in the Ikwuano/Umuahia Federal Constituency election in 2023 as they believe that with greater capacity in the Green Chamber, the Speaker will help them resolve the perennial flood issues afflicting the community.

Meanwhile, the Speaker has declared that the next community to enjoy the energisation of transformer is Umuajiji Isieke Ibeku in Umuahia North LGA.

Rt Hon Chinedum Enyinnaya Orji stated this in an interactive session with some of his supporters all of who hailed him for blazing the trail and for being more pragmatic and responsive than others to the needs of the people, saying his kindness and generousity have always preceded his political ambition.

They thanked him for always listening and responding to the yearnings of the people and pledged that they will work for him in their various localities to ensure his vitory come 2023.

Recall that the Speaker who is also the PDP flagbearer for Ikwuano/Umuahia Federal Constituency at the forthcoming general elections had earlier in the week donated and installed another transformer for the people of Ariam Usaka in Ikwuano LGA.