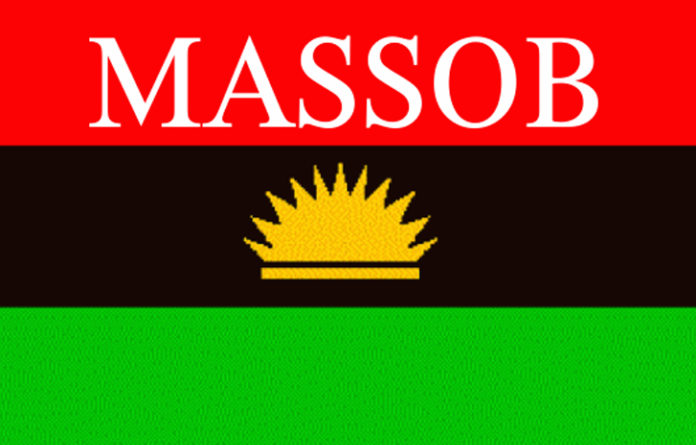 On Wednesday the Movement for the Actualisation of the Sovereign State of Biafra (MASSOB) has expressed shock over the death of the foremost Igbo leader, High Chief Mbazulike Amechi.

MASSOB stated that Ndigbo had lost a fearless and eloquent leader, a national peacemaker and a father.

In a statement signed by Comrade Edeson Samuel, National Director Of Information, the organisation described Amechi as a visionary leader and lover of the Igbo nation.

Part of the statement read: “Ndigbo has lost a fearless and eloquent leader, a National peacemaker, a hero, a selfless leader and a father.

“MASSOB described him as a visionary leader and lover of the Igbo nation. He was Nigeria’s first Aviation minister and a prominent member of the Zikism movement; a Biafra General, MASSOB and Biafrans, in general, mourn his demise.

“His fatherly advice, admonishments and roles he played in the fight for the emancipation of the Igbo nation can never be forgotten by Ndigbo and the world at large.

“Chief Mbazuluike Amechi was a true son of Igbo land. It is more painful that his last wish of releasing Mazi Nnamdi Kanu was yet to be granted by General Muhammadu Buhari led APC federal government of Nigeria.

“MASSOB is calling on General Buhari to grant the last wish of Chief Mbazulike by releasing Mazi Nnamdi Kanu without further delay because that was his last wish.”

COVID-19: We are ready to contain Coronavirus – Abia Government