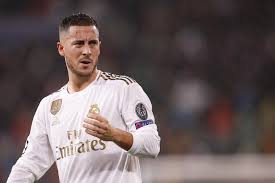 Eden Hazard acknowledged that his injury-plagued Real Madrid career could end soon, but he still wants to prove his abilities.

Hazard has made just three La Liga appearances this season and only 51 overall since joining Real Madrid. Even when healthy, he’s no longer a lock to start under Carlo Ancelotti, and he understands time might be up in the Spanish capital.

“In January it is impossible, because I have family and I like the city,” Hazard told Marca. “But in summer it is possible that I go. I have one more year on my contract and it’s the club’s decision. If the club tells me ‘Eden, thanks for four years, but you have to go’, I have to accept it because it’s normal.

“But I would like to play more, show more that I can play, that I am a good player.”

Hazard has not indicated where he would want to go, though he has often been linked to a return to the Premier League, where he enjoyed massive success at Chelsea. The winger will soon turn 32 years old, so his next destination could be one of his last.

He has been named in Belgium’s squad for Qatar 2022 and will try to showcase his abilities in what will almost certainly be his final World Cup appearance.

Klopp: I’m committed to Liverpool even if FSG sell