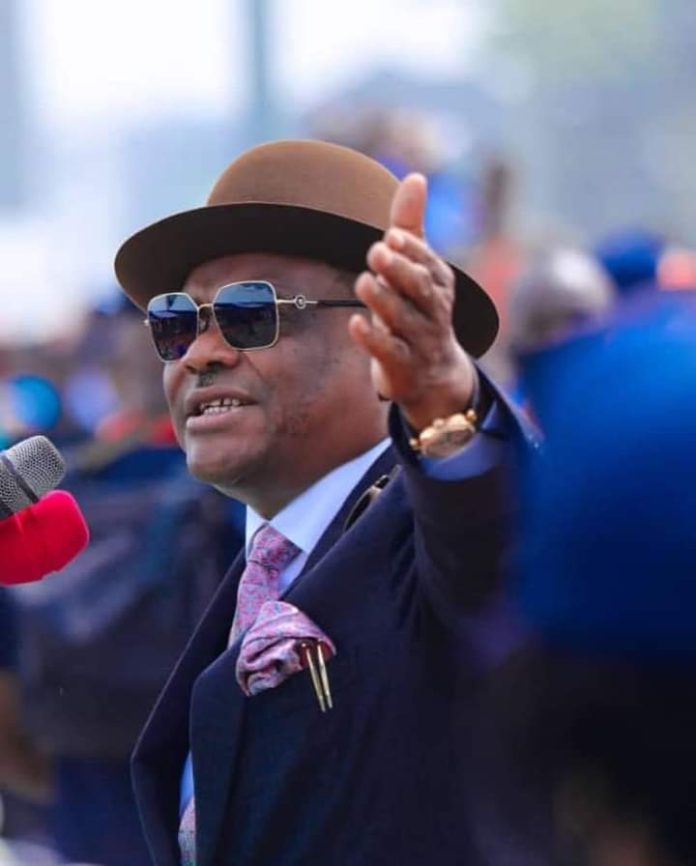 Rivers State governor, Nyesom Ezenwo Wike has informed that the decision on the presidential candidate to vote in the 2023 general election in the State will soon be made known.

He said when the decision will be taken, Rivers electorate, who have enjoyed good governance under his watch and already desirous to reciprocate the gesture, will be told which presidential candidate to vote.

Governor Wike made the position known while inaugurating the Rukpokwu-Rumuapu-Izo-Ogbodo Igwuruta Link Road, which took place in Rumuapu community in Obio-Akpor Local Government Area on Tuesday.

The governor said, for what his administration has done in terms of performance and provision of critical infrastructure, Rivers people are already home with the Peoples Democratic Party (PDP). He then charged the electorate to cast their votes only for PDP gubernatorial candidate as well National Assembly to State Assembly candidates.

“Then the other one (presidential), I will come and tell you where we will vote. These ones (governorship, Senatorial, Reps and State Assembly candidates) I mentioned now, make sure you come and vote for them. Very soon, we’ll meet in our houses and a take decision where we are going to.”

Governor Wike mocked governorship candidates of other parties in the State, who he said are not in touch with the people at the grassroot. According to him, these candidates, he stated, do not also have any follower, no traditional or political opinion leaders who can help galvanise the support of the electorate for them.

Such candidates, governor Wike noted, are only desperately going about collecting money from people in the guise of preparing for election when they know that they are not in the race to win the election.

Governor Wike said Rivers electorate will vote the party that has come to their aid, supported and made them happy while also sustaining the peace in the State.

The Rivers State governor boasted that his administration has attended to every area of development concern in Apara kingdom, particularly on the provision of roads.

He has therefore, challenged any person within the kingdom in Obio Akpor Local Government Area to dare mention any that has been left unattended.

On the issue of security, the governor said with the inauguration of the Police Intelligence and Surveillance Centre in Port Harcourt by the Inspector General of Police on Monday, criminals involved in kidnapping will be easily arrested for prosecution.

“Yesterday (Monday), the Inspector General of Police came and we commissioned the Intelligence and Surveillance Centre. I want to tell all of you who may be thinking of kidnapping. The time is over. As it is now, in that Intelligence Centre, we will be watching you on screen. Anywhere you are on the road we are seeing you. That period is over when you think you will commit a crime and runaway.”

The road, he said, is 7.6km in length, 7.3 meters in width with 7km of drains, which has been delivered in the best quality specified. It has already enhanced the ease of doing business in the area.

The Chairman of Obio-Akpor Local Government Area, Barr George Ariolu , who commended the governor for his aggressive infrastructure development, assured him that the people of the council will be fully mobilised to vote for the State PDP candidates in the 2023 general election.

2023: Ebonyi state govt to deploy Ebubeagu, others at INEC offices