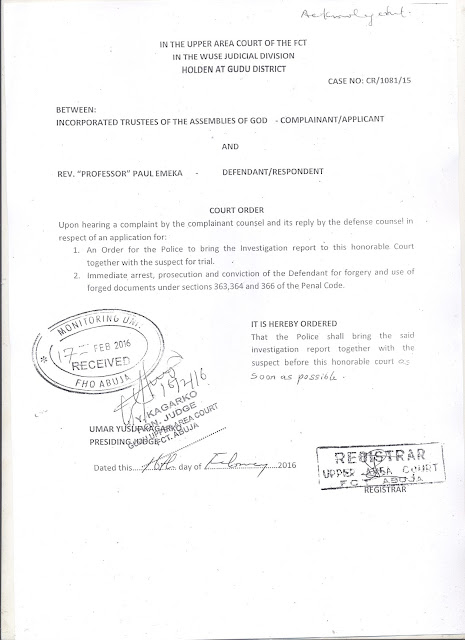 Contrary to the denial made by Mr Solomon Arase the Inspector General Of Police that he did not receive any order by any Court for the Ex-Communicated Former General Superintendent of Assemblies Of God Nigeria to be arrested,Documents obtained by PUO REPORTS has shown that the Police received the said Order 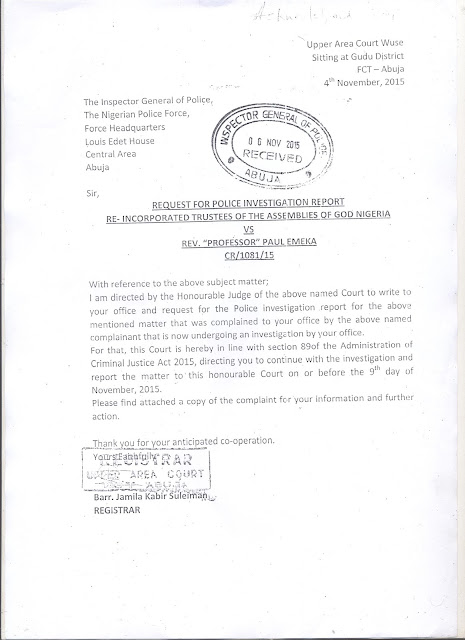 From the Documents Below,The Registrar of the Upper Area Court Barr Jamilu Kabir Suleiman wrote to the Police on the 16th of February about the Order by Justice Umar Yusuf Kargako for Paul Emeka to be arrested and produced for Trial

The Monitoring Unit of the Nigerian Police Force Acknowledged the receipt of the Order  on the 17th of February which asked the Police to Provide the results of its Investigation over the allegation of Forgery against Rev Dr Paul Emeka and also arrest him for prosecution.