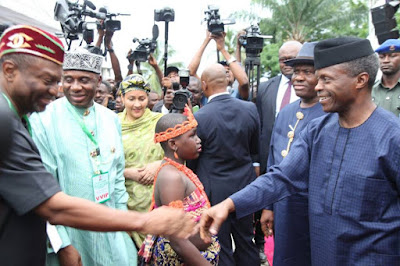 Minister Of Transportation Rt Hon Chibuike Amaechi today during the Launch of the United Nations Environmental Programme(UNEP REPORT) for the clean up of Ogoni Land avoided anything that could lead to a Handshake with the Governor Of Rivers State Barr Nyesom Wike. 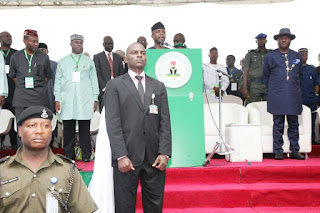 From When the Vice President Landed through Helicopter at Bodo,Gokana Local Government Area,Amaechi avoided all Protocol that could lead to exchange of Hands with Governor Nyesom Wike

After delivering his Speech,Governor Nyesom Wike went straight to his Seat which was very close to the Vice President Prof Yemi Osibanjo

Modu Sheriff is a curse to PDP, he’s an APC spy...