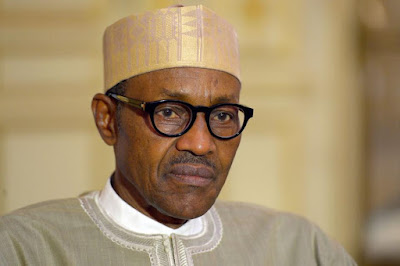 Buhari who was represented by Vice President, Prof. Yemi Osobanjo said this after the implementation of the United Nations Environment Programme (UNEP) report, noting that, it is a reward for sacrifices made by the heroes and people of Ogoniland.
Buhari who frowned at the resurgence of oil pipeline vandalism and oil theft which has drastically reduced gas supply to power stations assured that the sabotage of oil pipelines would not be tolerated, noting that, the federal government will enforce the rule of law in protecting federal government assets.
Earlier Chibuike Amaechi, Minister of Transport and former Governor governor of Rivers State recalled how his administration fast tracked work of the officials of UNEP report through the office the Secretary to the Rivers State Government then occupied by Magnus Abe who later became a Senator.
He said he as the then Governor of Rivers State along with prominent Ogonis pleaded with former President Goodluck Jonathan to implement the UNEP report submitted to him in August 2011 but to no avail.
Also present at the flag off was Governor Nyesom Wike of Rivers. He commended Buhari for the planned clean up, describing it, as a good gesture that will lead to the restoration of the environment of the Ogoni people.
Wike pledged the support of the Rivers State government in the full implementation of the UNEP report in Ogoniland, noting that, Ogoni people have adopted a non-violent posture in fighting for environmental justice.
He said the clean up presents a road map to gauge the extent of damage to Ogoniland and the ecosystem of the Niger Delta.
On his part, the President of the Movement For the Survival Of Ogoni People, MOSOP,Legborsi Pyagbara, said the flag off by President Buhari is a reward for the non-violent posture of Ogoni people in their struggle and it signals a healing process in Ogoniland which for years has suffered environmental pollution and loss of lives.
Pyagbara made his assertion in Tekru Waterfront in Bodo in Gokana LGA of Rivers State the site of the flag off of the clean up of Ogoni environment.
He said President Muhammadu Buhari’s decision to keep to the promise he made during his campaign in 2015 marks him out as a leader in Africa who says something and keeps to his word.
“President Buhari has proven that he is a leader we should trust. He is the last export of a great Leader in Africa continent.”
He said other places in the Niger Delta should learn from the Ogoni people and adopt a non-violent struggle is the way to go. “Our road may have been rough with lives lost but Aisha Mohammed, the Minister of Environment and President Buhari are rekindling our faith in Nigeria.”
Important dignitaries like the Governor of Imo State, Rochas Okorocha, Minister of Information, Lai Mohammed graced the occasion.