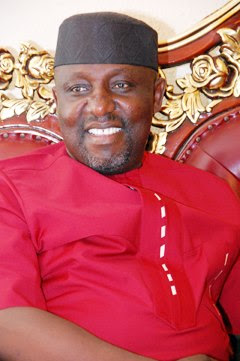 The Governor of Imo State, Owelle Rochas Okorocha has received with rude shock and indeed with utmost dismay the unfortunate report that a woman from the State, Mrs. Bridget Agbaheme was murdered in cold blood in Kano State, over related religious issues and described the killing as the height of recklessness on the part of the perpetrators.

The governor, when informed about the disturbing incident, took the necessary steps and even went beyond the media reports on the sad development, to confirm the report and discovered that the woman in question was truly from Mbaitoli Local Government of the state.

At this stage, the governor has no option than to call on all relevant security agencies in Kano State to leave no stone unturned in carrying out thorough investigation into the killing of the woman, and also stop at nothing to bring those who carried out the murder to book and pay dearly for their wicked act.
The governor has also appealed to Imo indigenes in Kano State to remain calm, to enable law enforcement agents do their job by carrying out the needed investigation into the matter and also take the necessary actions.

It is important to state here that no citizen of the country has any right to take the life of a fellow citizen no matter the reason. Which is why the security agencies would act and swiftly too on the incident to prove to all Nigerians that the life of any lawful Citizen of the Country is valuable and should not be taken by a fellow citizen under any guise.
The governor has also commended the governor of Kano State for showing leadership by condemning the killing of the woman in Kano in its entirety.

He also commended the Police Command in Kano State for the actions they have already taken to that effect, saying anybody, who indulges in criminal activities including murder, under any pretence should be treated as such, no matter where they come from.

Once again, the governor calls for calm on the part of Imo indigenes in Kano and elsewhere, while expressing optimism that security agencies would do their work towards apprehending the perpetrators to face justice.

Policemen on Rampage In Rumuokoro Market