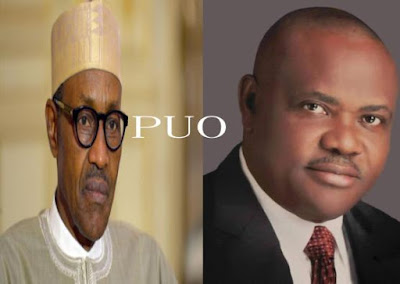 A group known as Rivers Pathfinders have called on President Muhammadu Buhari to declare without delay a state of emergency in Rivers State or risk losing the State as one of the components of the Nigerian Nation.

Speaking at a press interview in Port Harcourt over the weekend, the President of Rivers Pathfinders, Comrade Clement William Jack, expressed fear that unless the federal government of President Muhammadu Buhari intervenes urgently, what is known as Rivers State will be extinct and gone into oblivion given the level of insecurity in the State culminating in the daily killing of innocent citizens and the destruction of properties in several of the local government areas of the State.

“When this killing started, we thought it was targeted among the political class as the APC and its leadership cried foul on daily basis while the PDP traded counter accusations. But today it is clear that the Government of Nyesom Wike has lost control and the people have lost faith in the Governor’s capacity to protect them,” the Rivers Pathfinders observed.

Painting a gory picture of the security situation in Rivers State which according to the group has necessitated the call for immediate declaration of State of Emergency in Rivers State, Comrade William Jack recalled the several incidences of assassination, kidnapping, street killing, cult-related killings, beheading of human beings and displaying of their heads in open square and all sorts of confusion in the state.

“Just within a month alone, nine (9) persons were beheaded at Oduoha Emohua, 17 persons at Ogoni, 13 persons at Ahoada West, 6 persons at Abua, uncountable number of killings in Omoku. Last night (Friday 3rd June 2016), over 40 persons relaxing at the frontage or stores or drinking parlours were sent to untimely death at Aluu community next door to the University of Portharcourt. The killers of the unsuspecting innocent citizens were said to have started their rampage from Isiokpo, Omuagwa, Rumuekpe communities before arriving at Aluu,” The Spokesperson of the Rivers Pathfinders narrated in bewilderment.

“The group believes that the state is finished. What is remaining of the geographic expression called Rivers State is a shadow of itself. There is blood everywhere. No one is sleeping anymore. The people are permanently living in fear, twenty-four seven.

“What we hear every day is that the Rivers House of Assembly has approved billions and billions of naira for Governor Nyesom Wike and we wonder what he is using the money for if the insecurity in the State still persists. Instead of letting the Federal government know the situation, Governor Wike will sponsor news items to give the impression that normalcy has returned to the State whereas the reverse is the case.

“President Buhari’s federal government has to intervene to save Rivers State and her citizens as well as residents from total annihilation. There is no doubt that Governor Wike has lost control and therefore not capable of performing the constitutional responsibility of protecting life and properties and the only option left to save the residents is for a state of emergency to be declared in the State,” the group concluded with finality,” the Rivers Pathfinders declared.