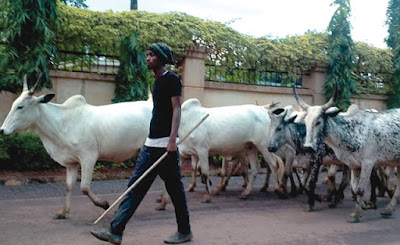 Despite the ferocious wave of attacks on indigenous communities by rampaging herdsmen in some parts of the country, the Federal Government has ruled out the possibility of deploying military option to quell such violent activities.

It said since the police have not been overwhelmed by the attackers, military option is not on the table.
Minister of Interior, Gen. Abdulrahman Dambazau (retd) stated this on a Sunday midnight television programme “Question Time” on Channels TV.
“We must protect the country which is the main function of the police. The Civil Defence are there to complement them too.
“This is a non-military issue that borders on law and order. It is not every security issue that you call in the military. It is the responsibility of the police to maintain peace. I believe that if we put the police in proper position in terms of discharging its functions, then there would be no need for military option. The police are equal to the task. If you have to deploy the army, then you are going above board (sic). In any case, I do not even have the power to deploy the military for anything. It is only when the situation gets out of hand that you invite the military”, he said.
According to the Global Terrorism Index 2015 report, “Fulani militants” killed 1,229 people in 2014 — up from 63 in 2013 — making them the “fourth most deadly terrorist group” globally.
Privatization of Prisons, an option
Dambazau also hinted the possibility of privatizing Nigerian Prisons, saying the only challenge with the proposal is that most prison inmates are not serving their sentences but awaiting trial.
“Privatization is an option. How we go about doing that is another thing. Outside the country, for instance in the United Kingdom UK, they rely on ‘Prisons Labour’ to do that and it is from prisons labour they do that to recoup their investment.
“Here, 70 per cent of our inmates are awaiting trial and by international law, you cannot engage inmates who are awaiting trial in such labour, but it is still something that we can sit down with those who are interested”, he said.
‘FG not spending N14, 000 prisoners’
The minister however dismissed reports that government was spending N14, 000 to feed each prisoner on a daily basis, but said Nigeria currently spends about N10.6 billion feeding over 65, 000 prisoners yearly.
“It is not sustainable given that we have about 65, 000 to 70,000 prisoners. If you have 65, 000 prisoners, the feeding that was approved by former President Jonathan, you raised the feeding to N450 per day including gas; if you multiply it by 65, 000 prisoners in 365 days, you get roughly N10.6 billion. That was what we met and there was no budgetary provision for that. This was why we said there was need to look into prisons farms so that prisons can feed themselves”, he stated.