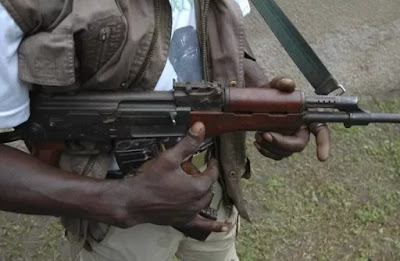 Some gunmen, suspected to be members of a cult group, in the early hours of yesterday, killed 11 persons in Emohua Local Government Area of Rivers State in a fresh cult clash.

The cultists visited their activities on three communities in the area, Rumuji, Ovogo and Rumuewhuo.
Some of the victims’ names were given as Nature Oti, Ikechi, Onyebuchi Omuruka, Chima Omuruka, Lucky Okwakpam, Nyovele and others.
It was learned that the gunmen had earlier attacked Rumuji Divisional Police Headquarters, allegedly overpowering the officers on night duty and rescuing detainees. They also broke into the armoury and made away with guns and ammunition.

A source, who spoke in confidence, said the police station was under heavy gunfire attack by some bandits last night.
Another source said seven people were shot dead in Ovogo community, two in Rumuji and two others in Rumuewhuo.
He said: “The residents of Ovogo community woke up this morning to the presence of a lot of dead bodies.
“The thtree communities have been deserted.”
When contacted, the Public Relations Officer of the Rivers State Police Command, DSP Ahmad Muhammad, simply said: “There was something like that, but no casualties on either side.”

Ronaldo is under cursed for missing Father Funeral – Witchdoctor