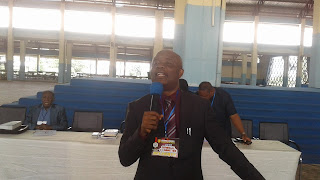 The Mens Ministries National Director Rev Albert O A Okakah while speaking during the questions segment after the brief by the Head of the Assemblies Of God Nigeria Legal Team Amb Chika Igbokwe revealed that some District Superintendents and Presbyters who claimed to be behind the general Council,are actually pretending