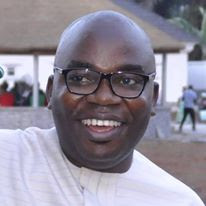 The appointment was announced today by the Chief of Staff to the Governor, Chief Chijioke Nwakodo.
Appolos, who holds a Diploma in Mass Communication from Federal Polytechnic, Oko Anambra State has attended many local and international courses in journalism and media management.
He started his journalism career with Nation Newspaper as a political reporter and grew through the ranks to emerge as an experienced field operative.

Before joining the Okezuo Abia campaign team as spokesman for Dr Okezie Ikpeazu, he was the pioneer Senior Senate/Judicial Correspondent with The Union Newspaper.
After the inauguration of the Okezie administration Appolos was appointed Personal Assistant to Governor Ikpeazu.

Tinubu: How We Plotted PDP’s Ouster