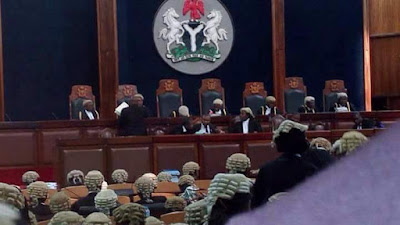 PUO REPORTS has exclusively gathered from our Judiciary Sources that the Supreme Court has Fixed November 29th 2016 for hearing of the Appeal brought by the Suspended,Dismissed and Dis-fellowshipped former General Superintendent of Assemblies Of God Nigeria Rev Paul Emeka.

Rev Paul Emeka a former General Superintendent of Assemblies of God Nigeria had on the 4th of March 2014 filed a Suit at the Enugu High seeking an Order stopping the General Commitee,a move which goes against the Constitution and Bye-Laws of the Church

On March 6th 2014,the General Commitee Members unanimously Suspended him for going against a Law he ought to Protect

Paul Emeka Appealed that Judgement same Month at the Supreme Court,but failed to file his brief of arguement not until the APEX Court ordered him to do so before the 5th of February 2016

We Will Form our own country,if marginalised -Ohanaeze Speaks

How Our Members Are being Killed in Rivers -APC Reveals