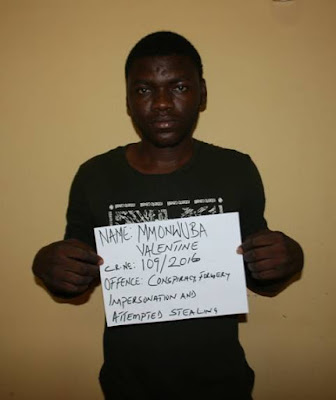 Justice M.N Yinusa of the Federal High court, Enugu, on Thursday, 16th June, 2016, sentenced one Frank Joseph and Muonwuba Valentine, a final year student of Institute of Management and Technology (I.M.T) Enugu to two years imprisonment each for conspiracy, uttering, impersonation and attempting to steal, and offence brought against them by the EFCC.

The duo were earlier arrested in March 2016, on an allegation that they visited an Access Bank Branch in Kenyatta, Enugu State, presented themselves as customers of the bank and requested for an ATM card on a particular account claiming that the said account belonged to their grandfather who is bedridden. 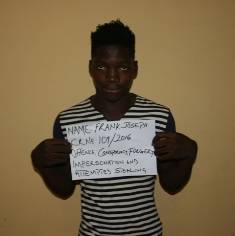 The bank on suspecting foul play alerted the Commission and the matter was investigated leading to their subsequent arraignment on 19th April 2016 on a five -count charge. ‪

Pres. Jonathan’s message to Nigerians ahead of tomorrow’s election