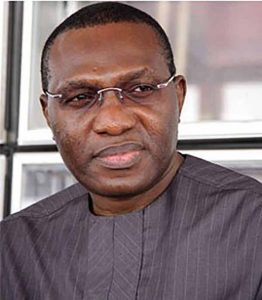 Senator andy uba, representing anambra south senatorial district, on the platform of the peoples democratic party(pdp), has defected to the all progressives congress (apc).

uba disclosed this at a press conference, yesterday, in his country home in uga, aguata local government area of the state.
the lawmaker said he joined the apc at the ongoing registration of party members in the state.
uba said apc has ideology and focus which he needed to tap into to provide quality representation to his constituents.
he further said he joined the apc because of other personalities in the party with sound ideas whom he looked up to in politics.
he listed some of the personalities to include the minister of labour and employment, senator chris ngige and apc national auditor, chief george muoghalu.

I didn’t bribe judges to validate my election –Wike