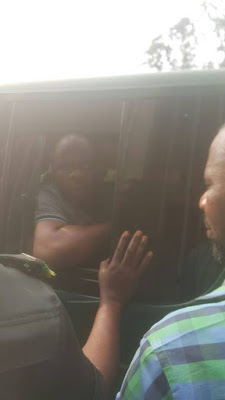 Candidate of the All Progressive Congress For Andoni State Constituency in Rivers State Dr Awajiromsan Dreessman has been remanded in Prison Custody by a Portharcourt Magistrate Court.

Dr Dressman, the APC Candidate for Andoni State Constituency who is currently challenging his rival, Rt Hon Ikunyi Igbani Awaji of the PDP at the Election Petition Tribunal was  accused, arrested and prosecuted by the Rivers State Government on trumped up charges of allegedly stealing about N248 Thousand Naira sometime in 2014, belonging to the State Government.

The APC Assembly Candidate if facing a Five Count Charge slammed on him by the Office of the Rivers State Commissioner Of Police. 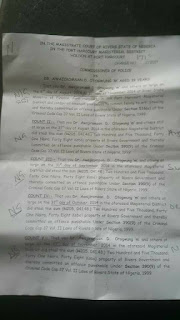 There are insinuations that his refusal to withdraw the Petition against the Speaker of the Rivers State House of Assembly compounded his Current travails.