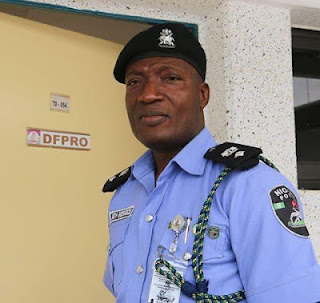 The Nigeria Police said it had arrested 17 suspects involved in the recent killings in Kafanchan, Kaduna state.
Force Spokesman, Jimoh Moshood, Chief Superintendent of Police, made the disclosure on Thursday in Abuja when he presented the suspects before newsmen.
He said that 29 assorted firearms were recovered from the suspects.
He explained that the suspects were arrested after discreet and sustained investigation by the police.
Jimoh said the suspects would be charged to court on completion of investigation.
He said they would be charged for inciting public disturbance, disturbance of public peace, causing mischief by fire, culpable homicide, theft and unlawful possession of prohibited fire arms.
The spokesman said the Inspector-General of Police had assured communities in Southern Kaduna of adequate security and protection of their lives and property.
He uged them to be law abiding and cooperate with Police personnel deployed in their localities.
Source: sun

My colleagues trying their best to save my life —Leo Mezie