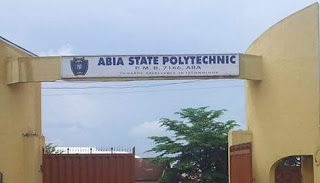 The Governor of Abia State, Dr. Okezie Ikpeazu has directed that the Provost and Registrar of the Abia State Polytechnic Aba should proceed on a six month compulsory leave, with immediate effect.

In a statement signed by the Secretary to the State Government, Dr. Eme Okoro, the Governor further directed that Prof Ezionye Ebo and Chief C A Nwabughogu should take over as Acting Provost and Registrar respectively.

The Governor also directed the immediate redeployment of all medical staff including the medical doctors working at the Polytechnic to the Abia State University University Teaching Hospital Aba.

It will be recalled that the Governor had earlier approved the dissolution of the Governing Board of the Polytechnic.

These are parts of the drastic steps aimed at repositioning the Polytechnic for better service delivery.