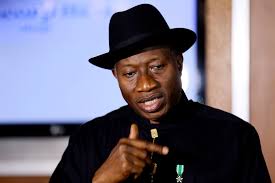 Former President Goodluck Jonathan has said if Nigeria fails to address religious violence and extremism, the menace will destroy the country.