Home Uncategorized “If APGA is truly an Igbo party, why is only in Anambra?”
Spread the post 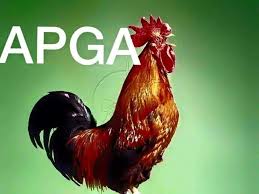 The member representing Anambra East and West in the House of Representatives, Dr. Tony Nwoye has accused the ruling All Progressives Grand Alliance (APGA) in the state of using the name of the Late Dim Chukwuemeka Odumegwu Ojukwu to deceive the people that the party belonged to the Igbo.

Speaking with reporters at Nsugbe in Anambra East local government area, after registering as a member of All Progressive Congress (APC) in his ward, Nwoye, who was elected into the national assembly on the platform of the Peoples Democratic Party, PDP, said such trick would no longer work during this year’s governorship election, which he had declared intention to contest.

He said: “They (APGA people) have been whooping up the propaganda that APC is not for Igbo people, but when we get to the field, we will tell our people that it is about the individual. Let them stop using APGA.

They have used APGA enough to rob Igbo people. “If APGA is truly an Igbo party, why is it that up till now, it is only in Anambra State that it has formed government? Why is it that in the national assembly, only two are APGA and out of 109 senators, none is APGA? Why is it that since the time of Ojukwu, who is the symbol of APGA, they could not win one single state outside Anambra? They have been using it to hold our people down; to siphon our money and we must stop it.” He said that his joining the APC was already bringing dividends of democracy from the federal government to the state, adding that keeping the state in APGA would continue to set the state backwards.

He said further: “We are going to add more money on the N14b already budgeted for the 2nd Niger Bridge. I personally ensured that the Enugu-Onitsha expressway, especially the Umunya axis, was captured on the 2017 budget. “I am happy that about N8b will be appropriated for Anambra section of the expressway this year. This is a road that had claimed many lives. This is a road that different administrations in the past had campaigned with and failed to do anything. “The same applies to Anam – Kogi road, which is in my constituency. If completed, it will positively impact on the lives of Anambra West people and I thank God that through the efforts of the chairman of works committee, which I am a member, N1billion has been earmarked for its construction, after it was abandoned for over five years.

These things would not have been possible if we are not in APC.” According to him, APC would bring the desired change in Anambra State to end what he described as the impunity going on in the state, whereby the state government was allegedly siphoning the funds meant for the local governments.Source :Vanguard