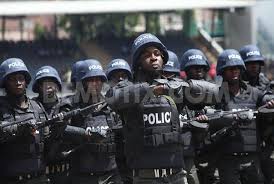 We arrested some of them and kept on picking other members of the syndicate who were at large.

Our investigation showed that 80% of them are graduating students of Michael Okpara University.

That was a worrisome trend and our strategy is to reach out. Among the EPF, we have religious bodies.

So, we now started sensitizing and counselling them. We call it campus outreach. On such occasions at Abia Polytechnic, about 35 students renounced cultism.

When we went there, we partnered with religious bodies and we were following them up. When they were having their students summit at the university, I went there and used the opportunity to talk to them. The Bible says the people perish for lack of knowledge. Some of them do not know why they are joining these cult groups. It gives us the opportunity to bring cultism to a manageable level.
Armed robbery
When you talk of armed robbery, the strategic location of our Safer High Way Vehicles gives us the opportunity to manage crimes on our highways. When I came on board, we had challenges at Ogonabo, but strategically, I had to change some officers there, the DPO and the management of that axis and we have been able to fortify that.
We also relocated the positioning of the vehicle because we now noticed that in places where we have bad roads, especially when you are getting to our boundary with River State, that is where these boys will go and hide in the night when vehicles are coming early in the night or morning and come out to rob them.
We now noticed that and stationed our Safer High Way vehicles there and stopped their excesses. We also stationed our vehicles in our exit route with Enugu State where there are bad roads because that is where they do come out. So, it’s just to study the pattern and trend of crime and manage it because criminals don’t want to be caught. .
Synergy at work
Last Christmas and during the New Year celebration, we had many Abians who came home and our intelligence network was very helpful. We also synergized with other security agencies as no man is an island and nobody has monopoly of knowledge. We share information vertically and horizontally with our sister security agencies and this has been working for us.
This was what happened during the last election. We have involved members of the public in combating crimes in Abia State. We have been able to do what we call “Assurance Policing”. I went round all the media station to assure members of the public that we are here to serve them and to protect their interest.
On each of these occasions when I go for these programmes, they do have phone –in-programme. We have contributions from members of the public and our phone numbers have been circulated. I also have dedicated numbers I give out to Abians anywhere I attend a public function. That one is to enable them send text messages directly to me. The way we manage information has really been very helpful.
Building confidence in the police
I must also say that building confidence in our police officers has also helped us. We have been giving encouragement to them, building capacity for them, tutoring them on arms handling and repositioning of men on assignment especially when we asked them to do “Operational Stop and Search” since we know that we don’t have road blocks
Government assistance
I must also say that during election, government assisted by giving us some equipment since communication is the key. So, the communication gadgets that were given including 198 walking talkies have really boosted our communication skills and I can communicate with my men more effectively from my office.
Policing black spots
We have areas we call flash points or black spots; these are areas where notorious gangs want to dominate. The flash points that we know, we burst them. There is a place called dustbin. Members of a robbery syndicatewould enter vehicle to Aba unknown to unsuspecting drivers, motor boys and passengers and somewhere along the way they pull out their guns and rob the passengers.
In that instance, what we did was to change our modus operandi and we were able to apprehend membersof that syndicate. We also arrested those who specialized in “one chance”,as well as those who were stealing vehicles. . Their receiver was also arrested in Akwa Ibom. This was made possible because of long term intelligence gathering on them.
Source :BNN