Home Uncategorized Obasanjo is right, 2019 is our time —Ezeife
Spread the post 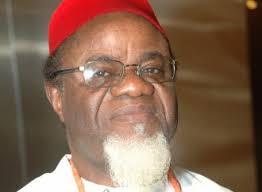 A former governor of the old Anambra State, Dr. Chukwuemeka Ezeife, tells TOBI AWORINDE that the emergence of an Igbo president in 2019 would put an end to ethnic-based marginalisation in Nigeria