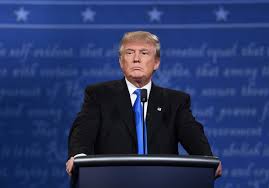 The united States has said that the recent executive order on immigration by President Donald Trump will not affect Nigerians, noting that visa applicants will continue to get two-year multiple entry visas as before.

It assured apprehensive Nigerians that the order on “Protecting the Nation From Foreign Terrorist Entry Into the United States” would not also affect the validity of visas held by Nigerians, noting that its visa policy to Nigeria had not changed.
The US Ambassador to Nigeria, Stuart Symington, and the US Embassy Consular Chief, Meghan Moore, explained to journalists on Friday in Abuja that the US visa policy was based on reciprocity, stressing that Nigerians would not be discriminated against.
The envoy stated that the way US treats Nigeria is reflected in its visa policy to Nigerians.
Responding to questions about apprehension that Nigerian Muslims might be singled out for visa restriction over their religious belief, Symington stated that America does not discriminate against people on the basis of their belief or race.
He said, “No place has opened doors to people more than the US. We haven’t said we have closed the doors and locked it, what we said is that we are going to take a pause and conduct checks and ensure the safety of the people in the United States. The door would be opened again. “I want to reassure by our actions starting from our consulate reception in Abuja and in Lagos that we would not discriminate on the basis of religion. If anyone didn’t get a US visa because they said their name was Paul or something, then they would be wrong.”
He disclosed that Nigerians whose visas had expired would not need to wait till 48 months to renew, noting that they could now renew their visa within 24 months, stressing that the US as a nation of immigrants desires to bring people together.
Moore said the US issued visas to Nigerians on the basis of reciprocity, stressing that US visa policy to Nigeria would not change.
The diplomat explained that the new rule requires a holder of US tourist visa to pay the fee and schedule an appointment for interview using the DHL Dropbox.
“Generally speaking, we issue two-year multiple entry visas to Nigerians based on reciprocity from Nigeria and this has not changed; there is no plan to change it to one year,” Moore emphasised.
She stated that the goal of the embassy was to facilitate legitimate travel to the US which she said was important for trade, education and family ties.
Elaborating further on the changes in the visa policy, she said the new rule requires Nigerians who wish to renew their visas to use the DHL renewal programme.
This, she said, entails paying the necessary fee, filling up the application and then scheduling an appointment to the embassy for an in-person interview.
Source: punch