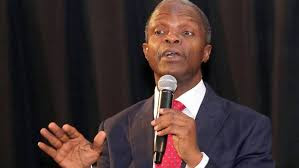 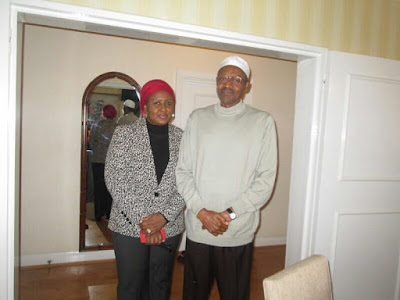 Acting President Yemi Osinbajo on Monday said that President Muhammadu Buhari is hale and hearty.
Osinbajo, who said that he was in constant touch with the President, also insisted that he is not under any pressure to resign from office.

He spoke with State House correspondents after close door meeting with the National Chairman of the All Progressives Congress (APC) at the Presidential Villa, Abuja.
Osinbajo said: “‎The President is hale and hearty. I spoke to the President just this afternoon and we had a warm conversation.  He was interested in knowing about the budget process and how far we have gone and the meeting today with the private sector and the economic recovery growth plan and I informed him about the protest march and feedback about what people are saying about the economy. He is in good shape .
“Just like he said in his letter to the National Assembly he needs to go for a cycle of test and once he sees the test results and gets medical advice, we expect him very soon.
“I think that the health status of Mr President is an issue that only Mr  President would discuss at the appropriate time . Again he is running test and all of that. Before you will be able to determine your health status you must be able to say this is my health status. I have to do the test my doctors have advised me to do and will wait for the outcome of the test and know my status.”
On whether he was under pressure to resign from office, he said ” I am not under any pressure to resign. I was voted for by the people of this nation, myself and Mr President and so the people of this nation have not asked us to resign .
‘I am absolutely not under any pressure whatsoever. The truth is that their have been no pressure from any source asking me to resign, ” he said

Recession: CAN president calls for hard work, courage among Nigerians