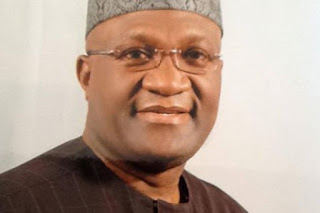 ABAKALIKI—THE    President-General of Ohanaeze Ndigbo, Chief Nnia Nwodo, has said the prevailing activities of the Fulani herdsmen had over the years led to the killing, maiming, raping of Igbo people and destruction of their farms.

He said: “The peaceful coexistence between previously peace-loving Fulani herdsmen, who herded their cattle with long canes and our local farmers has been replaced by an era of AK-47 totting and rampaging herdsmen who kill, maim, rape our people and destroy our farms.
“Not one of them is ever arrested for illegal possession of firearms. Even those arrested in Nimbo for mercilessly killing our people remain unprosecuted by the Northern dominated law enforcement agents.”
Also, an Igbo chieftain in Ebonyi State, Chief Abia Onyike, alleged that the Fulani herdsmen have recently become a militia group charged with the continuation of the Igbo genocide in Nigeria.
“The attacks have led to the loss of innocent lives in Igboland resulting in a culture of pestilence, fear and sometimes defiance.

“Ndigbo have been compelled to experience a life of extreme bestiality, violence and brutality, which is alien to their culture”
Also in Abia State, Secretary to the Abia State Government, SSG, Dr. Eme Okoro, has lamented the menace of the Fulani herdsmen, who frequently attack his people who are mainly farmers and urged President Buhari to call them to order.
Okoro said the herdsmen had become very audacious in their attacks, adding: “There is no Bende community that the Fulani herdsmen have not invaded. Ozu Item has come under attack by Fulani herdsmen too.”
FG treating herdsmen attacks with kid’s gloves
Similarly, the Association of South East Town Unions, ASETU, has accused the Federal Government of treating the invasion of communities and killing of innocent Nigerians by the rampaging Fulani herdsmen with kid’s gloves.
In an interview with Vanguard in Aba, Chairman of ASETU, Chief Emeka Diwe, said the Federal Government was yet to give the attacks the serious attention they deserved and urged South-East governors to devise measures to protect lives and property in the zone.
He said: “As leaders of town unions in the five states of the South-East zone, we are disturbed by the activities of rampaging Fulani herdsmen, who have continued to destroy farmlands, rape women and kill innocent people.
“We are further worried that President Muhammadu Buhari is yet to give this problem the serious attention it deserves.
The Fulani herdsmen attack did not start today, but the question is: were they this daring in their attacks before Buhari emerged President? No. The truth is that only Buhari can stop his kinsmen from the attacks.”
Meanwhile, a group, World Igbo Youth Council, WIYC, has called on Ndigbo to be vigilant and defend themselves against Fulani herdsmen attack as the farming season sets in.
The group in a statement signed by its National Publicity Secretary, Mazi Alex Okemini, said intelligence reports available to it revealed that more attacks may be carried out by suspected Fulani herdsmen.
Source: BNN