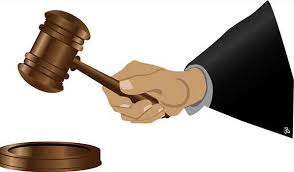 A laptop thief is to spend the next seven years in jail, according to an Abeokuta Chief Magistrates’ Court.

The court sentenced 28-year-old Gbenga Salako to seven years imprisonment for breaking into a woman’s apartment in broad daylight and stealing a laptop worth N70, 000.
Salako whose address was not provided was tried for break-in and stealing.
The accused was first arraigned on August 24, 2016 and he pleaded guilty to the charges brought against him.
The Chief Magistrate, Mrs Oriyomi Sofowora, who handed down the verdict, said the convict would serve his term with hard labour and without an option of fine.
Earlier, the Prosecutor, Insp. Sunday Eigbejiale told the court that the accused committed the offences on August 16, 2016 at about 11:20 a.m. at Block Ez, OGD Housing Estate, Asero.
Eigbejiale said the accused broke into the apartment of the complainant, Mrs Funbi Onigide and stole a Dell laptop and the charger valued at N70, 000.
He said, “Salako was caught in the act by some neighbours and reported him to the Community Development Association.
“Some of the CDA members accosted him and found a Dell laptop, a hammer and a cutlass in his bag and handed him over to the police.”
The offences contravened Sections 390(6) and 411(1),(2) of the Criminal Laws of Ogun State, 2006.
Source: punch

US Didn’t Prophesy Nigeria Will Divide By 2015 – Bishop Kukah