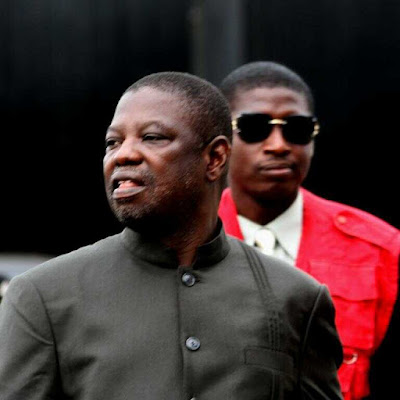 A former Acting Director-General of the Nigerian Maritime Administration and Safety Agency (NIMASA), Haruna Jauro, on Monday accused the Economic and Financial Crimes Commission (EFCC) of inducing him to make a statement.

Jauro was arraigned on April 12 last year along with Dr. Dauda Bawa and Thlumbau Enterprises Limited on 19 –count charge of converting N304.1 million from NIMASA.

They pleaded not guilty to the charges.

During trial before Justice Mojisola Olatoregun-Ishola of the Federal High Court in Lagos on Monday, Jauro’s lawyer, Olalekan Ojo, objected to the tendering of the defendant’s statement made after his arrest by the EFCC.

The judge consequently ordered a trial-within-trial to determine if the statement was obtained voluntarily.

The first prosecution witness, Mr. Orji Chukwuma, led in evidence by EFCC lawyer, Mr. Rotimi Oyedepo, said Jauro made a request for the transfer of N176 million to seven beneficiaries, including NIMASA executive directors, board members or directors.

Chukwuma said Jauro returned his own share of the money.

He said on July 10, 2014, N20million from the Committee on Intelligence Gathering was paid into the account of Thlumbau Enterprises, a company linked to Jauro and Bawa.

Chukwuma said the said sum was not used for the proposed intelligence gathering but was merged with other proceeds of crime and transferred to one Helen Mbonu.

The witness said there was also a request for the transfer of N15 million to Thumbau Enteprises.

When prosecution counsel sought to tender Jauro’s statement, Ojo objected on the basis that the statement was not voluntarily obtained by the EFCC.

He alleged the statement was obtained through inducement, therefore, it could not be tendered and admitted in court.

He urged the court to order a trial-within-trial.

Justice Olatoregun-Ishola granted the prayer and adjourned the matter till February 21, March 3, 13 and 14.

How long should you wait to propose?