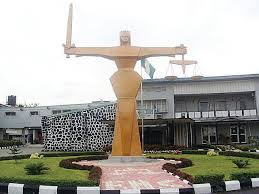 The Federal Government on Tuesday withdrew without giving reasons, the corruption charges it filed against the Chief Registrar of the Supreme Court, Mr. Ahmed Saleh, and two other employees of the apex court.

The charges were filed before a High Court of the Federal Capital Territory in Jabi, Abuja barely three months ago, following the raid on the Supreme Court complex and homes of some judges, including two of the apex court, between October 7 and 8, 2016.

The Office of the Attorney-General of the Federation had filed the charges against Saleh, Muhammed Abdulrahman Sharif and Rilwanu Lawal on November 3, 2016.

The prosecution in the case marked, FCT/HC/CR/13/2016, accused the defendants of receiving gratifications totalling N74.4m from private contractors providing services to the Supreme Court between 2009 and 2016.

The prosecution also alleged in the nine counts, that the Supreme Court officials, among others, diverted the sum of N2.2bn belonging to the court.

The accused were to be arraigned on Tuesday when a prosecuting counsel, Mrs Hajara Yusuf, announced the withdrawal of the charges.

“This matter is for arraignment tody but I have been instructed to withdraw the said charges,” Yusuf said.

She gave no reason for the withdrawal of the charges.

The defence lawyers appearing for the defendants said they had no objection.

“The charge, FCT/HC/CR/13/2016, is hereby struck out, same having been withdrawn without objection,” the judge ruled.

You must handover come May 29- APC to Jonathan