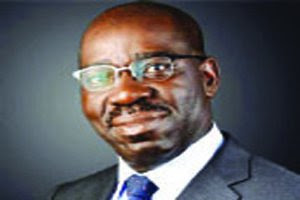 Organized Labour in Edo State has threatened to embark on a mass protest and began an indefinite strike action if Governor Godwin Obaseki failed to meet their demands within seven days.

It rejected the implementation of the contributory pension scheme which it said was done in ‘flagrant and total disregard to due process and rule of law.

The Labour movement called on Governor Obaseki to urgently stop what it termed unlawful deductions from workers’ salaries and maintain status quo ante in the interest of industrial peace and harmony in the state.

Addressing journalist after the meeting, State Chairman of NLC, Emmanuel Ademokun, condemned the non-utilization of about N11.3bn Paris Club refund received by the state government for the payment of outstanding workers’ pension and emoluments.

Comrade Ademokun called on Governor Obaseki to immediately use the Paris Club refund to pay local government workers whose salaries arrears ranged from between four to 14 months.

Other categories of workers to be paid from the fund according to Ademokun are staff of Tayo Akpata University and Colleges of Education in the state, Judiciary staff who are owed seven months salaries arrears, pensioners in both the state and local government and the 2016 Leave Transport Grant owes Primary School Teaching and non-teaching staff.

According to him, “That Organised Labour in Edo State can no longer repose confidence and trust in the administration of Mr. Governor because his policy decision are anti-workers and therefore repugnant to the principle of natural justice, equity and good conscience.

“The State Government should open the window for a more comprehensive dialogue with the leadership of organized Labour in the state towards having a more reliable, dependable, transparent, purposeful and accountable Contributory Pension Scheme in the state.

Ademokun gave Governor Obaseki till Sunday February 12 to meet the workers’ demand or face mass protest onFebruary 13 to be followed by an indefinite strike action on the 14th of February.

When contacted for comments, Chief Press Secretary to Obaseki, Mr. John Mayaki said the Governor would soon address journalists on the matter.