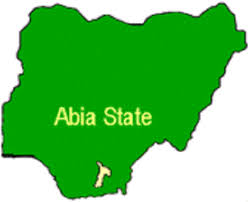 The Abia State Commissioner for Finance, Obinna Oriaku, has said that the N3bn monthly wage bill inherited from the past administration is not sustainable hence practical measures are being taken to reduce the wage bill.
The commissioner, who stated this in an exclusive interview with The PUNCH in Umuahia on Tuesday, said the huge wage bill made it compulsory for government to conduct a biometric capturing exercise to audit the state workforce.
“The wage bill we inherited when we took over was really huge. It was almost N3bn which was not sustainable considering what we receive. This amount was for the MDAs and secondary schools’ teachers.
“Of course, we don’t pay salaries to parastatals but subventions. The result of the biometric capturing exercise shows a workforce of 22,000 while about 2,000 did not show up. Today, we have been able to trim down our wage bill by adopting certain strategies.
“We are also dealing with the issues of ghost workers, wrong interpretation of policies by the MDAs that entrenched discordant payments of workers of the same grade and salary padding orchestrated by the workers themselves,” he said.
Source:punch

Wike Blows Hot: Election Riggers Will Be Treated As Armed...