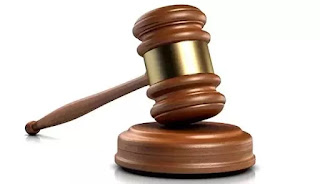 A young man, One Osazuwa Okungbowa, has narrated to an Ikeja High Court sitting in Lagos state how a Port Harcourt-based pastor, Gobari Maxwell, of the Believers’ Love World Ministry, aka Christ Embassy duped him to the tune of N4.5 million.

According to Okungbowa, the pastor deceived him into believing that he would help him get two plots of land near the Port Harcourt Polytechnic, Bori Camp. The pastor was said to have received N4.5 million from him through his wife’s First Bank account in a bid to buy the two plots of land.

New Telegraph reports that the accused was later arrested in Port Harcourt and brought to Lagos for proper investigation.

A detective, Shedrach Ternenge Iyo, attached to the Cyber- Crime Section of the Economic and Financial Crimes Commission, reading the charge sheet before the court, said:

“Maxwell allegedly committed the offence on June 12, 2012 at Ikeja Judicial Division by dishonestly converting the said sum to his personal use. During investigation, the agency sent a letter to the two banks which were used for the transaction; a First Bank account belonging to the complainant’s wife and a Diamond Bank account belonging to the pastor, requesting for account statements.