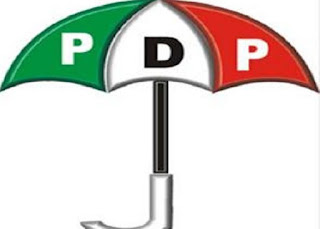 The Peoples Democratic Party (PDP) in Rivers State has declared that the report of the Investigative Panel set up by the Inspector-General of Police (IGP), Mr Id­ris Ibrahim, on the December 10, 2016 rerun elections, will not distract Governor Nyesom Wike from his good gover­nance agenda.
IGP Ibrahim on Tuesday in Abuja received the report from the committee chaired by Mr Damian Okoro. He disclosed that the police recovered over N111 million from 23 electoral officers as bribe from Governor Wike.
In a reaction to the develop­ment on Wednesday, the PDP said that Wike will remain fo­cus on fulfilling his campaign promises to the people.
In an interaction with news­men in Port Harcourt yester­day, the PDP Publicity Secre­tary, Mr Samuel Nwanosike, advised the panel to present pictorial evidence that a chief­tain of the party gave the bribe to the 23 staff members of the Independent National Electoral Commission (INEC) during the election.
He described the money evidence as a primary school drama, saying that the panel should name the individual in Rivers State Government in­volved in the bribing of the said INEC officials and make public the names of the recipients.
Nwanosike said: “The point we want to make is that nobody can distract Governor Ezenwo Nyesom Wike, the “Mr Proj­ect” of Rivers State. Nobody can distract the governor from fulfilling his campaign prom­ises to the people of the state.
“If they have any fact they should go to court than all these. Nigerians are tired of their antics. That report should never be regarded as existing.”
“PDP has no hand in the said bribe. We do not have anything to do with the panel under Okoro. Their report will not be binding on us. We are not inter­ested in their panel. The panel is only cooking up stories to intimidate the Rivers peoples.”
“The governor is not under any pressure. As am talking to you now, the governor is busy commissioning, awarding and supervising projects that will better the lives of Rivers people. We want to know the individ­ual in the Rivers State Govern­ment that gave the bribe to the electoral officers.
We want the evidence of where the money was given. We also need the pictures of who are involved as a proof and the bank where the money was paid.
“Okoro should tell Nigerians categorically how much he re­covered from each of the per­sons involved. If actually, they recovered anything, the money must be marked. It is a shame that Okoro and his panel could not do a thorough job, at least to please their paymasters.”
Nwanosike stated that the re­port was calculated to be used as evidence against the PDP lawmakers at the electoral tri­bunal sitting in Abuja, stress­ing that no member of the PDP bribed any INEC official.
He declared that the police report of the investigation on the rerun election would not be relevant to any sector of the country, adding that its find­ings are predetermined and biased in favour of the All Pro­gressives Congress, APC.
Nwanosike said: “The re­port yesterday means nothing before the eyes of the Nigerian people. It can never be consid­ered in any sector of Nigeria. How would they say they re­covered money from electoral officers and you finger the PDP on it when the Resident Elec­toral Commissioner had said nobody will know them until the day of the election?
“We are only hearing now that money has been recovered from electoral officers that were trained outside and brought in silently like angels. How can you bribe a man you don’t know?” He queried.
Source :the authorityngr

Alex Otti’s mission of vengeance against Abia over electoral defeat has...