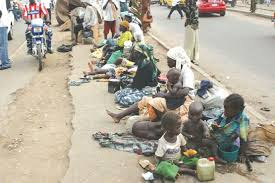 An Ogudu Magistrates’ Court in Lagos on Friday remanded a trader, who allegedly defiled a 13-year-old female beggar.

Thirty-two-year-old Ibrahim Usman, a resident of Ojoo, Ibadan, is facing a count charge of defilement.

According to the prosecutor, Mr Lucky Ihiehie, Usman committed the offence in December 2016 in Ibadan and was arrested on Feb. 5 at Mile 12.

Ihiehie said that the trader took the victim from where she was begging and turned her into a `sex machine’.

“He brought her to Lagos on Feb. 3 to buy some things for his business at Mile 12, but on Feb. 5 one of Hausa leaders saw them.

“After series of questions, it was discovered that the girl had been passing through a lot in the hands of the accused.

“She was taken without her parents’ knowledge and was being defiled every night by the accused,’’ he submitted.

Ihiehie said that the victim told the police that since she met the accused, she had not been the same.

The prosecutor said that the offence contravened Section 137 of the Criminal Law of Lagos State, 2011.

The trader, however, pleaded not guilty.

The magistrate, Mrs O. Sule-Amzat, remanded him in prison custody, and ordered that the victim should be taken to an orphanage until the next adjourned date, March 3.

I Will PROBE only Jonathans Govt Says Buhari