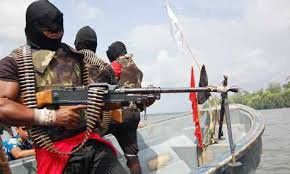 WARRI—AN ex-militant leader, Seiyifa Gbedeke, aka General Cairo, yesterday, said that the major reason for pipeline vandalism in the Niger Delta region was that some ex-militant leaders working at the Presidential Amnesty Programme, PAP, were colluding with law enforcement agents to swindle ex-Niger Delta agitators of their stipends.

Gbekede, in a statement, said that both the previous and current administrators of PAP were deceptive in payment of stipends, adding that it was causing a misunderstanding between former agitators and the Federal Government.
He said that by removing names of ex-militants that were included in the early stages of the programme in order to take the stipends meant for ex-militants, PAP was simply inventing another crisis.
Source:BNN

See Photos of Police round up over 60 African ‘prostitutes’ in...

PDP: I did not endorse Sheriff, says Jonathan