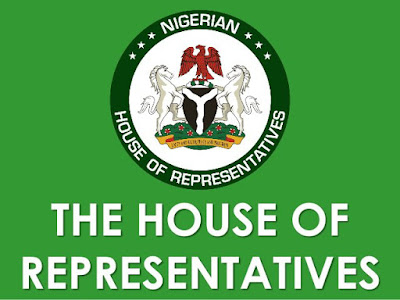 The House of Representatives is seeking a 20-year minimum jail term for public servants who corruptly enriched themselves while in office.

The lawmakers are also advocating for the creation of special courts designed to try corrupt officials to avoid undue delays.

The decision of the lawmakers followed the second reading of a consolidated bill seeking to further empower the Economic and Financial Crimes Commission (EFCC) Wednesday.

Bassey Ewa (PDP, Cross River), one of the sponsors of the bill said the bill aimed at relieving the agency of its dependence on the Executive and the legislature.

“This amendment seeks to strengthen the commission by establishing more stringent ways of removing members and chairman of the board, establish an asset confiscation and recovery unit as well as a Financial Investigation and Intelligence Unit (FIIU).

“Amend Section 18 of the Act that deals with penalties to increase the term of sentence to be not less than 20 years imprisonment (from the present provision of not less than 2 years and not exceeding 3 years and establish a plea bargain system whereby if the accused decides to plea-bargain by refunding the looted funds by him his sentence shall not be less 2 years”.

“The EFCC Act is further amended to establish an Economic and Financial Crimes Commission Court to handle all cases emanating from investigations carried out by the EFCC bothering on financial crimes.

“The court so established shall have divisions in the six geo-political zones of the country.

In his contribution, Chairman, House committee on Financial Crimes, Kayode Oladele (APC, Ogun), who also co-sponsored the bill reminded his colleagues of an existing bill on special crime courts considering the proposal for an EFCC court to try cases of financial crimes.

He said: “There is need for us to bring all the special crimes such as cybercrime, terrorism, financial crimes together into one so that the special court can be fully operational”.

While he supported operational autonomy for the agency, Oladele however called for caution over funding of the agency saying if passed into law as proposed, the funding sources might turn out to be over-pampering of the agency.

Igariwey  Enwo (PDP, Ebonyi) said, “Mine is only a voice of caution because it is easy to give out powers but very difficult to take it back as this special court may have to serve as subordinate court to the state high courts”.

Tajudeen Yusuf (PDP, Kogi) said, financial autonomy for the agency wpuld free it from the dictates of the any arm.of government,  “The amendment is designed to democratise and is intended to help us combat financial crimes but 0.1percent of Federal Government Internally Generated Revenue (IGR) is really huge,” he added.

A number of lawmakers opposed the bill on the creation of special court saying that it would amount to usurpation of powers of the High Court and the alteration of the constitution.

The bill was nonetheless unanimously passed after it was put to a voice vote.