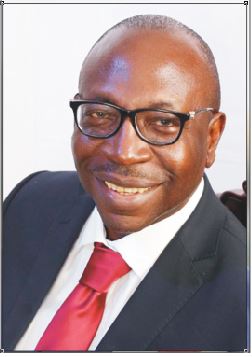 The Edo State Election Petitions Tribunal has adjourned sitting to April 3, 2017 for the adoption of written addresses by parties in the petition filed by the People’s Democratic Party and Pastor Osagie Ize-Iyamu.

This is just as the All Progressive Congress closed its defence Wednesday.

Pastor Ize-Iyamu is asking the tribunal to declare him winner of the September 28 governorship election which was won by Godwin Obaseki.

Counsel to the APC, Lateef Fagbemi, called two additional witnesses, Evan Omolaye Eleye and the Edo State chairman of the APC, Anselm Ojezua, before it closed its defence.

Counsel to the petitioners, Emmanuel Okala, objected to the appearance of Ojezua to testify.

He argued that Ojezua could not give witness since he was not listed as one and that he was neither summoned nor subpoenaed to appear before the tribunal.

Counsel to the first and second respondents, Onyinye Anumonye and Wole Olanipekun (SAN) respectively, argued that it was not mandatory that a witness must be listed to give witness.

Olanipekun said the testimony of Ojezua has been front-loaded to the tribunal and that front-loading was more important than listing as listing is contained in front-loading.

Chairman of the tribunal, Justice Ahmed Badamasi ruled that non-listing of a witness does not disqualify the witness from testifying.

Ojezua told the tribunal that INEC conducted stakeholders’ meeting with political parties before the election where the participating parties were informed about the way and manner the election would be conducted.