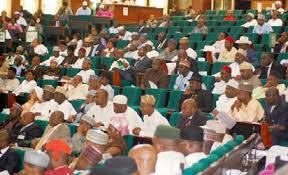 The House of Representatives Wednesday urged the Federal Government to expedite action on the reconstitution of the Investment and Securities Tribunal membership.

The House also mandated its committee on Capital Markets and Institutions to liaise with the Federal Ministry of Finance and other relevant MDAs with a view to working out short term solutions that will enable the Investment and Securities Tribunal function before the reconstitution of its membership.

The resolution of the House was sequel to the passage of a motion by a member, Tajudeen Yusuf with the title: “Need for the immediate reconstitution of the Investment and Securities Tribunal.”

The lawmaker, while presenting the motion noted that following the dissolution of Ministries Departments and Agencies by the Federal Government on 16 July, 2015 through a circular from the Office of the Secretary to the Government of the Federation, the Investment and Securities Tribunal has not been able to sit to adjudicate issues that bother on the Capital Market.

He further stated: “Concerted efforts to make the federal government realize the strategic importance of the tribunal to the national economy, and therefore the need for reconstitution of its membership and reiterate its status as a civil court and not a board, has yielded no positive results.”

He expressed concern that in the last eighteen months of the non- reconstitution of the Tribunal, the case docket has grown with about 51 pending cases.

“Prior to the dissolution of the Tribunal, it had from inception in 2007 adjudicated on matters with a cumulative monetary value of about N400 billion, which had gone a long way in stabilizing the market and the economy.

“The continued non- reconstitution of the membership of the Tribunal is grossly affecting its role as the Capital Market Adjudicator through which disputes are resolved.”

Yusuf said the non- reconstitution has impugned on the credibility of the Tribunal as Capital Market stakeholders now doubt its relevance and investors’ confidence is gradually being eroded.

“Due to the unfortunate situation, while many litigants are getting restive and frustrated as they cannot find any lawful avenue to ventilate their grievances, some are mooting the idea of self- help, which is inimical to the health of the Capital Market and national economy.

“The Federal Government does not realize that for the Capital Market to play its role as the alternative source for long term capital amidst dwindling oil revenue and comic recession, there is urgent need to strengthen the Investment and Securities Tribunal,” he said.

When the Speaker, Yakubu Dogara called for a voice vote on the motion, it was passed with no dissent.