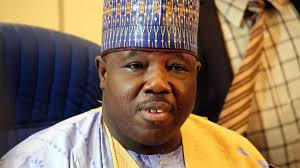 The National Chairman of the Peoples Democratic Party, Senator Ali Modu Sheriff, has said that God will determine his political aspiration in 2019.
Sheriff, who spoke with journalists in Abuja on Monday at a press briefing, said that he had never struggled for any position in his life.
The former governor said that God had been the one guiding him in all the political offices he had occupied in his life.
Sheriff was emphatic that he would not vie for the office of the national chairman of the party at its next convention.
But he said he would not stop any member of his National Working Committee from testing their popularity at the proposed convention.
Source:punch

Conte will be sacked as Chelsea manager – Carragher