Comptroller General of Customs, Hameed Ali has said he will not appear before the Senate on Wednesday. 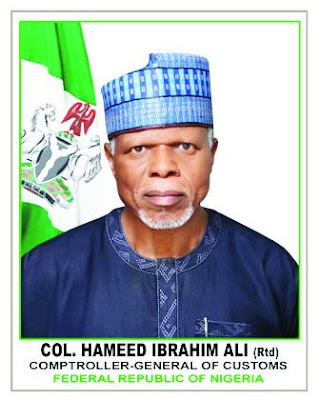 Ali confirmed this at media parley with Editors in Abuja on Tuesday.

He said, based on a writ of summons he received Tuesday on a case filed by a lawyer at an Abuja court, it would be subjudice for him to appear before the Senate on the pending issues before them which are also part of what was before the court.
He said: “Based on the advice from lawyers and briefing from the Office of the Attorney General and Minister of Justice who is also a party in the suit, I won’t be appearing before the Senate tomorrow until the court decides otherwise”.
Ali also spoke on other matters, confirming that highly influential Nigerians have been stopped from wielding influence to illegally bring expensive items including exotic vehicles into the country without paying appropriate duties.