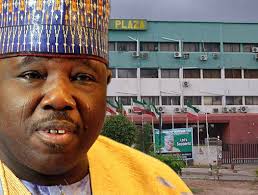 The Ahmed Makarfi-led Caretaker Committee of the Peoples Democratic Party (PDP) has warned that the party’s court backed National Chairman, Alhaji Ali Modu Sheriff, cannot be trusted to conduct convention for the party.

At a news conference in Abuja on Tuesday, spokesman for the Makarfi camp, Prince Dayo Adeyeye, said if allowed to conduct the convention, Sheriff would plant his cronies in strategic positions for his selfish ends.

According to him, the team of officers to be so planted by Sheriff would ensure that they rubber-stamp his candidacy for the party’s 2019 presidential ticket.

Adeyeye said, “We have seen the handwriting on the wall. What Sheriff is doing is geared towards one goal; and that is to hijack the presidential ticket of the PDP come 2019.

“The former Borno State Governor has clearly stated that he is interested in contesting the 2019 presidential election using the platform of our party, the PDP.

“We said it earlier, but most non- party members, as well as some members of the party who could not see beyond the curtains didn’t believe it.

“But we were sure that Senator Sheriff was holding the party to ransom because he wants to hijack the party and use it for his selfish interest.”

According to Makarfi’s group, with Sheriff as a presidential candidate of any party, the 2019 elections would be a mere walk-over for the ruling All Progressives Congress (APC).

“Having Sheriff as presidential candidate would be a death sentence for the PDP,” Adeyeye said.

The two camps also traded accusations on Tuesday over moves to influence the outcome of the appeal filed at the Supreme Court by the Makarfi camp.