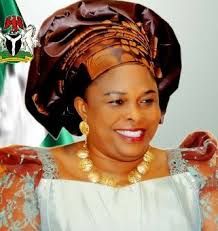 An FCT High Court in Lugbe has adjourned till May 2, hearing on a preliminary objection filed by the EFCC over the seized assets of former First Lady Patience Jonathan.

At the resumed hearing on Wednesday, the judge, Justice Angela Otaluka adjourned the matter following the submission of the EFCC Counsel, Mrs O. Diribe, that there was a motion before the court.

Diribe informed the court that the respondent, the EFCC had filed a preliminary objection to the suit in response to the earlier motion for enforcement of fundamental human right filed by the applicant.

The applicant is an NGO, the International Human Rights and Anti-Corruption Society.

According to Diribe, the applicant does not have any locus standi to file a suit on the matter, adding that the suit did not show any cause of action by the anti-corruption agency.

The NGO’s counsel, Mr Gabriel Egbule, had earlier prayed the court for an adjournment to enable his team study the preliminary objection and respond to it since it was just served.

According to Egbule, the basis for filling the suit is that the applicant believed that the former first lady is being unjustly prosecuted because of her political views.

The News Agency of Nigeria (NAN) reports that the NGO recently filed the suit on behalf of the former first lady.

The NGO alleged in the suit number CV/1027/17, illegal intimidation and harassment of the former first lady.

It is also seeking an order of perpetual injunction restraining the EFCC from further harassment and intimidation of the former first lady.

It is also seeking the court to compel the EFCC to pay the sum of N5 billion as compensation for violation of the fundamental human rights of Jonathan.

The NGO stated that the EFCC acted beyond its statutory powers when it embarked on the seizure of monies legitimately belonging to the former first lady.