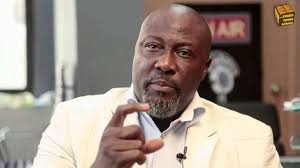 Melaye is suing Sahara Reporters for defamation and demanding N5bn as aggravate and exemplary damages for libel.

The senator through his lawyer, Mr Mark Ikongbeh, Senator Melaye, insisted that Sahara Reporters’ claim that he did not graduate from Ahmadu Bello University has exposed him to great psychological stress and emotional trauma.

Melaye also applied for an injunction restraining the defendants, by themselves or by their servants or agents, from making further publications on the issue.

He is equally seeking N10m as cost of the legal action.

Melaye said he would tender proof he indeed bagged a B. Sc in Geography from the University during the hearing of his suit.

Investors confidence on the rise in Rivers State, ...