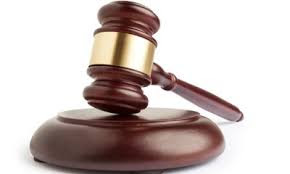 A Lagos State High Court in Ikeja on Wednesday ordered the arrest of defence witnesses in the case of a former Managing Director of the defunct Finbank Plc, Mr. Okey Nwosu, who was charged with N10.9bn fraud.

The trial judge, Justice Lateefa Okunnu, made the order following the failure of the witnesses to both show up in court and produce some documents which Nwosu claimed were relevant to the proof of his case.

The judge also issued a bench warrant against the Central Bank of Nigeria.

Nwosu’s lawyer, Mr. N. K. Oragwu, had told the court that the witnesses that ought to tender documents relevant to his client’s case had not done so, despite being subpoenaed by the court.

He further urged the court to compel the witnesses to come to court.

“My Lord, on the last adjourned date, we had a lot of witnesses and one of them was from FCMB, who My Lord ordered that before the next adjourned date, they must produce the document but till date I am not aware of any document and they are not in court.

“My application is that I want a court order compelling the witness to appear in court.

“The subpoena is an order of the court whether the witness is for the defendant or the prosecution, we are asking for a further date,” Oragwu prayed.

But the prosecutor, Mr. Rotimi Jacobs (SAN), opposed the prayer for an adjournment, stating that there was no evidence before the court to show that the defence had taken sufficient steps in bringing the witnesses to court.

He further urged the court to allow the defence to call other witness.

“My Lord, I don’t know whether my learned friend has taken sufficient steps; he had served the subpoena on six people, I’m surprised none is here.

“He told Your Lordship at the last adjourned date that he had filed and served subpoena on the witnesses, I don’t know if they were aware of today’s date.

“There’s no evidence that they were aware of today’s date and that they would like to come to court.

“The first defendant has not told Your Lordship that their only witnesses are the one that subpoena were served on, if they have any other witness, l will suggest that he calls other witness,” Jacobs said.

But Oragwu said even if he was to call other witnesses, the document he needed were still not produced.

“If we are to call other witnesses, they need those documents to testify; we are blind going forward without those documents, because it’s in the interest of justice,” he said.

The defendants had been arraigned since 2013, but the Court of Appeal had on November 21, 2013 quashed the charges pressed against them by the Economic and Financial Crimes Commission and set them free.

The EFCC, however, appealed to the Supreme Court, which last year upheld the appeal and ordered Nwosu and others to return to the high court for their trial.

Dramatic scenes in Abuja court during the trial of Biafra agitator,...